What an amazing day this has been! Perfect combination of learning and fun at the same time.

It all began with visiting the Archaeological Museum of Thessaloniki, where had a quick guided tour around. We learnt a lot about the ancient culture at this place, saw numerous artifacts like busts, remnants of old columns and buildings, accessories and items of daily use dating back to the antique era. 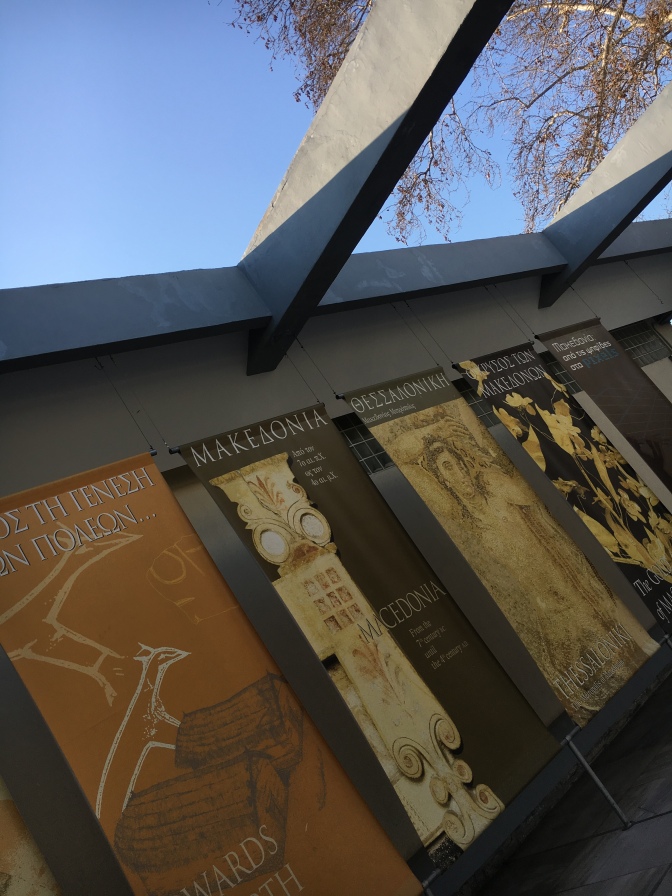 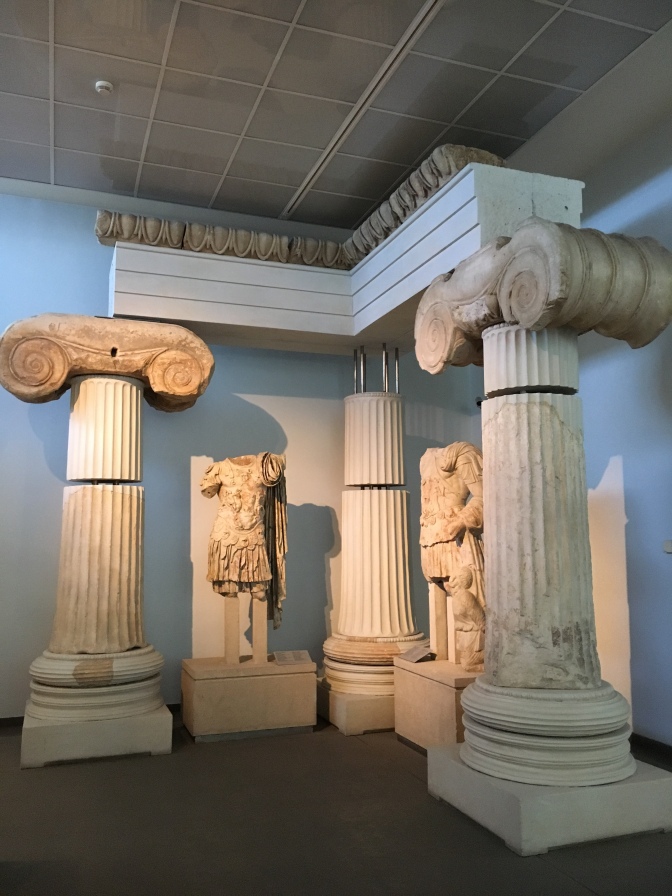 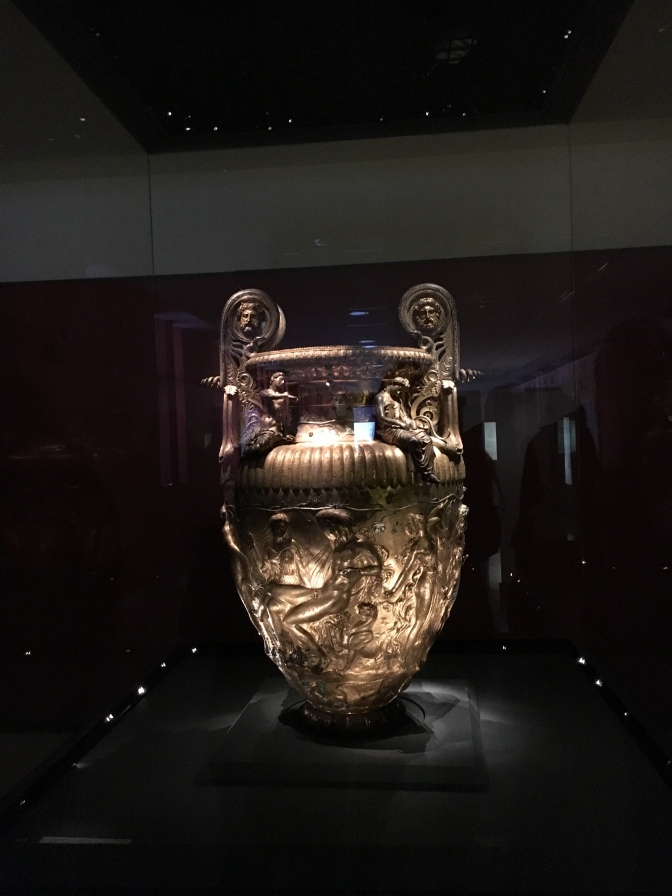 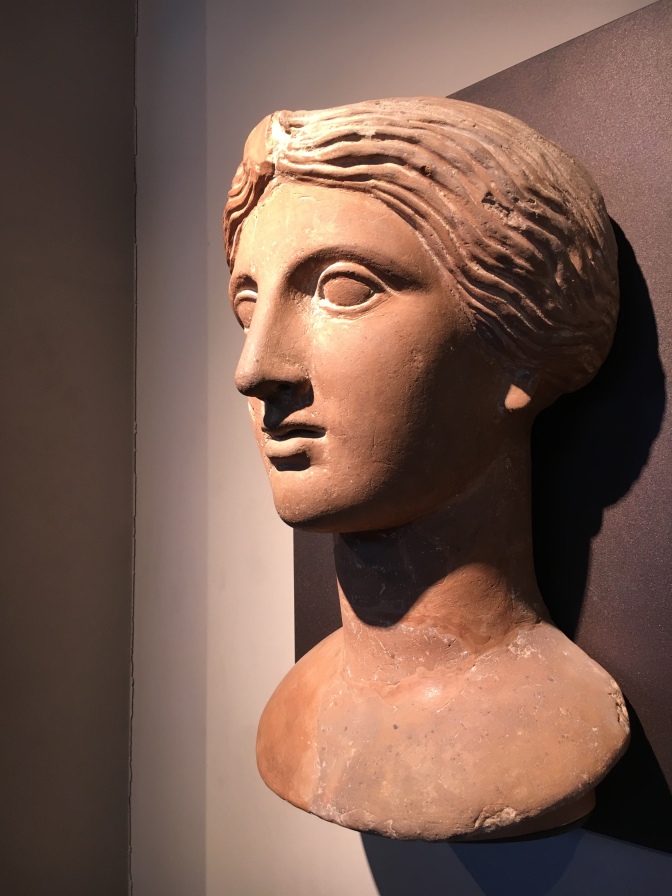 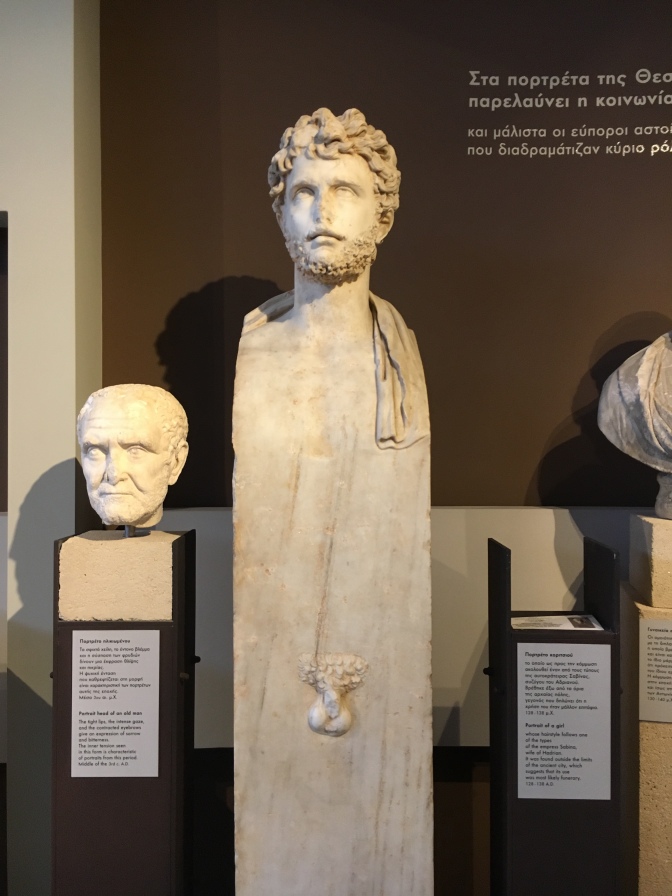 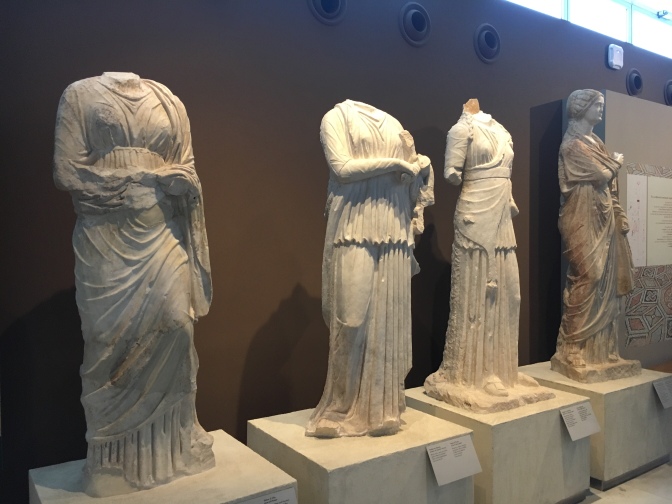 Then we moved to another nearby lying museum, the Museum of Contemporary Art, which was….spectacular. I was expecting the modern art trends, but the amount of nuditu really surprised me. Not in a bad way, but still. There were so many statues of naked persons, unbelievable! I was also hoping for some Banksy stuff, or even a reference about him, but sadly, no one mentioned him. Nevermind, it was a very interesting exhibition anyway. Afterwards we attended another workshop. This time it didn’t have anything to do with technology or physics like that at all, it was more like an implementation of some physical laws into art? Anyway, we’ve got about an hour to create a contemporary piece of art using only glue and some very spectacular materials, such as nails, straws, feathers, cork, lucifers etc. Mine was referenced as “a masterpiece created by a woman in her middle age”. Huh. What do you say? Does it really looked like as if it was created by someone…well, significantly older than me? I’m not so sure actually. There’s no particular meaning behind this image, it’s just made to express my current calm state of mind. Does it look like that? I don’t know. Let me know!

(mine is the upper one) 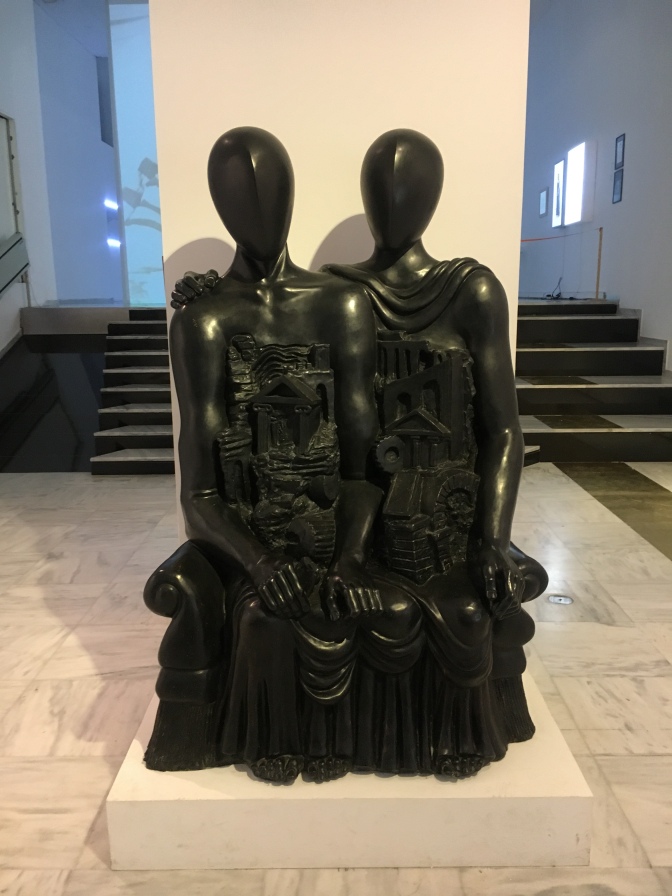 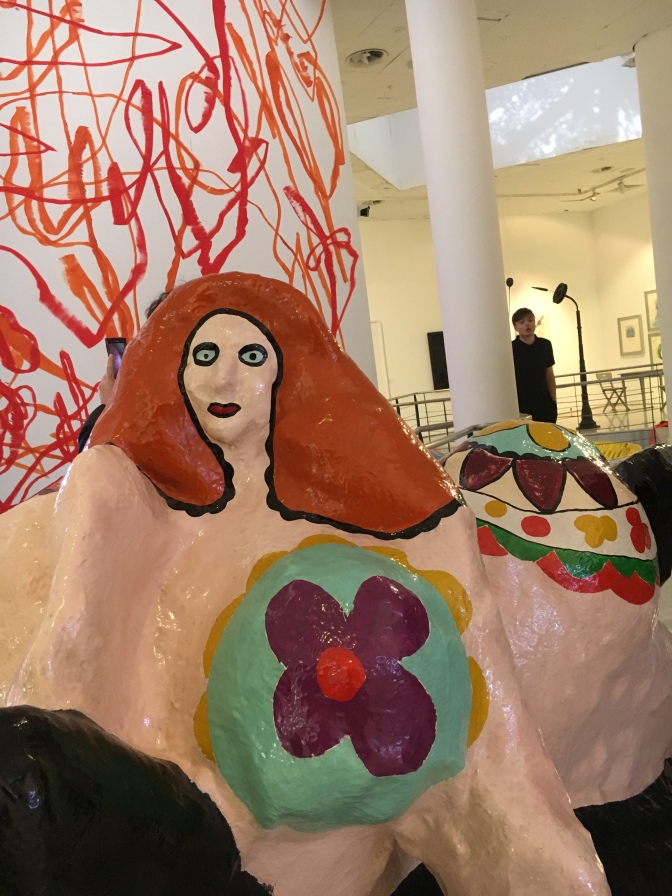 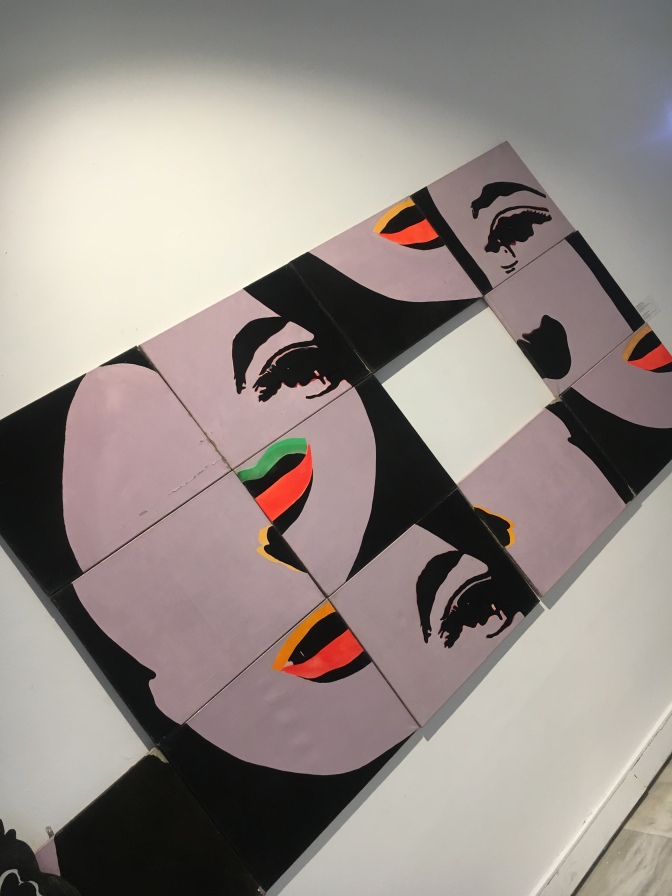 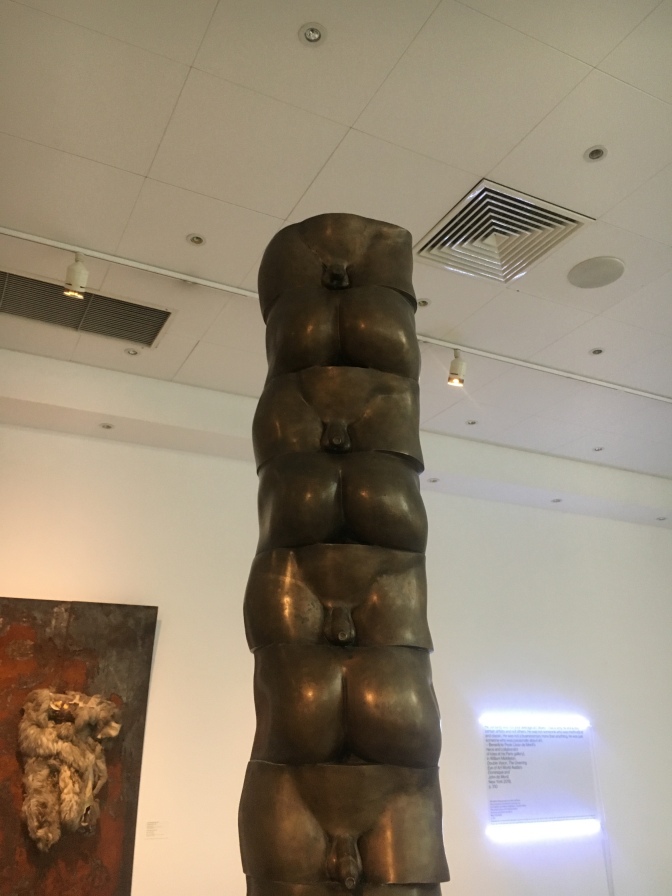 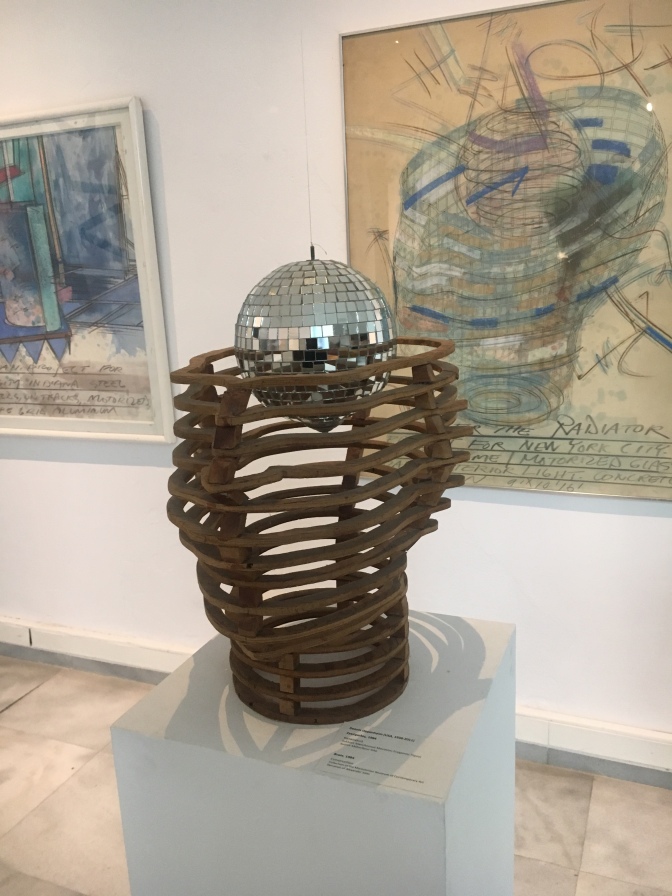 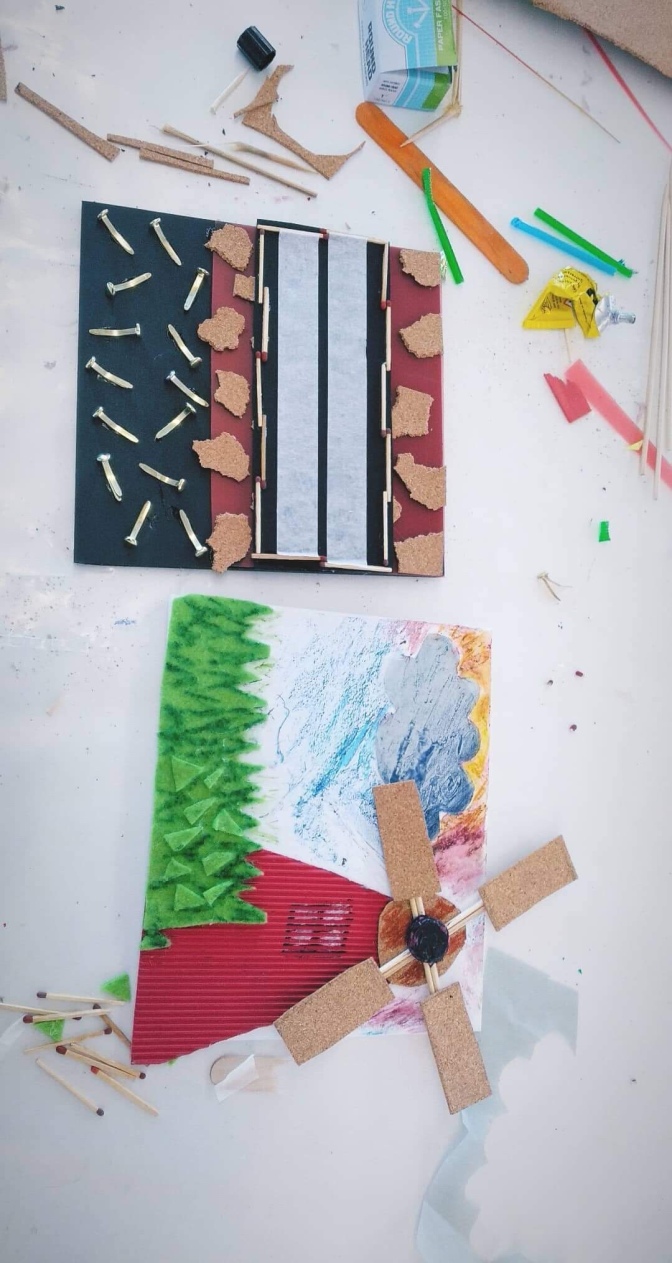 Later on we went back to the school where another workshop was waiting for us. This time it was about using the modern technology in arts. We were divided into two groups; the first one was supposed to create a comic strip, the second one an interactive poster, both regarding robotics. As for me, I got to do a poster and decided to create a timeline. I also had to present this project in front of both the groups and the committee. I began all the way back in the Greek era, talked about the Medieval times and ended with theories regarding the future. It hasn’t been the best public performance in my life, but I’m quite proud of myself for standing up behind my work!

You know what happens in Greece at the end of February? It’s Tsiknopempti time!! Tsiknopempti is the Thursday during the Carnival, the Greek Mardi Gras. It takes place 11 days before the start of the Greek Orthodox Lent and it signals the start of the last weekend that observant Greek Orthodox Church members are permitted to eat meat before fasting for Lent. Naturally, everyone rushes to prepare and enjoy their favorite meat dishes for Tsiknopempti, which gives it one of its other common names, “Smoke Thursday” or “Smoked Thursday”. It is also called “Barbecue Thursday” or “Grilled Thursday” by some. It’s a popular day for going out to eat and enjoying as many different meats as possible. It can also be called, as a joke, “Feast of the Carnivores.” This is definitely not the day for sensitive vegetarians to visit the the “restaurant rows” of Greece. They say that Greeks try to consume enough meat on this day to carry them through the entire 40 days of lent. So there’s plenty of smoky air, redolent of the aromas of cooking meat, everywhere. By the way, the day is celebrated on a Thursday because, for observant Greek Orthodox Christians, the traditional fast days – when they abstain from meat throughout the year – are Wednesday and Friday. Some hotels and virtually every taverna will put on special menus for Tsiknopempti. By far, the most common item will be some variation of souvlaki – meat on a stick. These will be available everywhere along the streets in the taverna areas; be sure to walk carefully to avoid banging into an unexpected grill in the already narrow streets and walkways. Also, people are dressed up in masks of all kinds, so it’s also very colourful in the streets! Look at our masks; nothing to write home about, but still pretty decent I’d say! 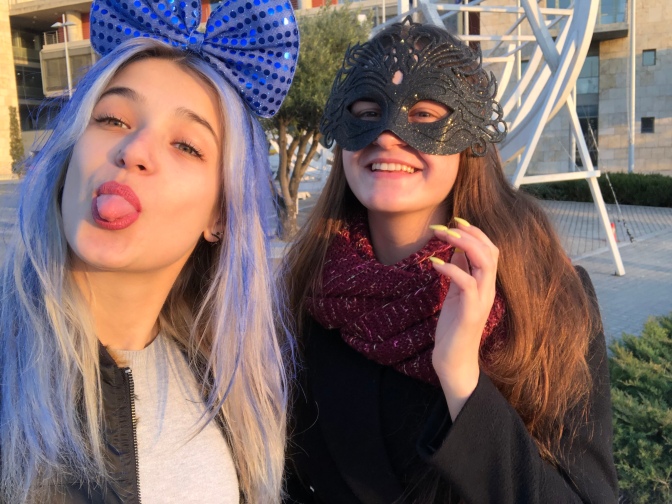 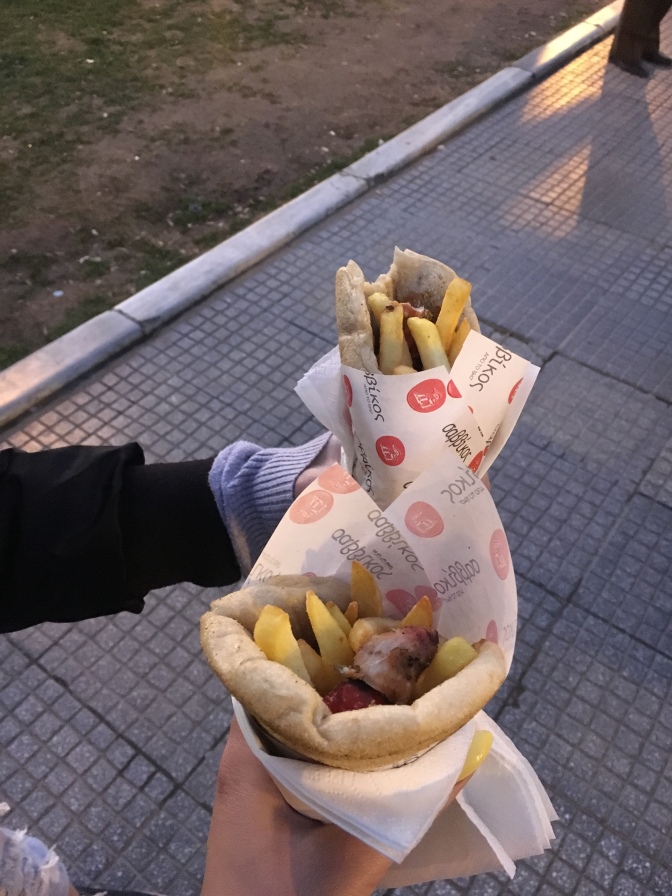 I personally didn’t have a lot of meat since I’ve been eating meat the entire week beforehand and I had enough, but the amount of sweets I had…..Jesus Christ. First I tried the Greek doughnuts Loukoumades with Nutella, then the famous Baklava and finally…..my beloved Kurkubina. I also managed to buy a kilo of that and now when I’m thinking about it…I have to return to Greece soon, this kurkubina won’t be enough for long! 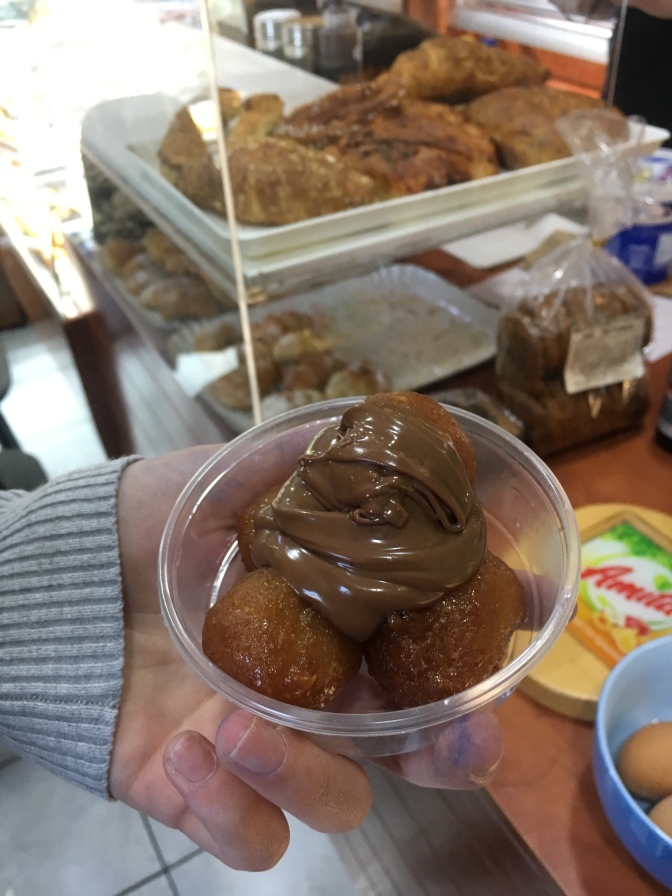 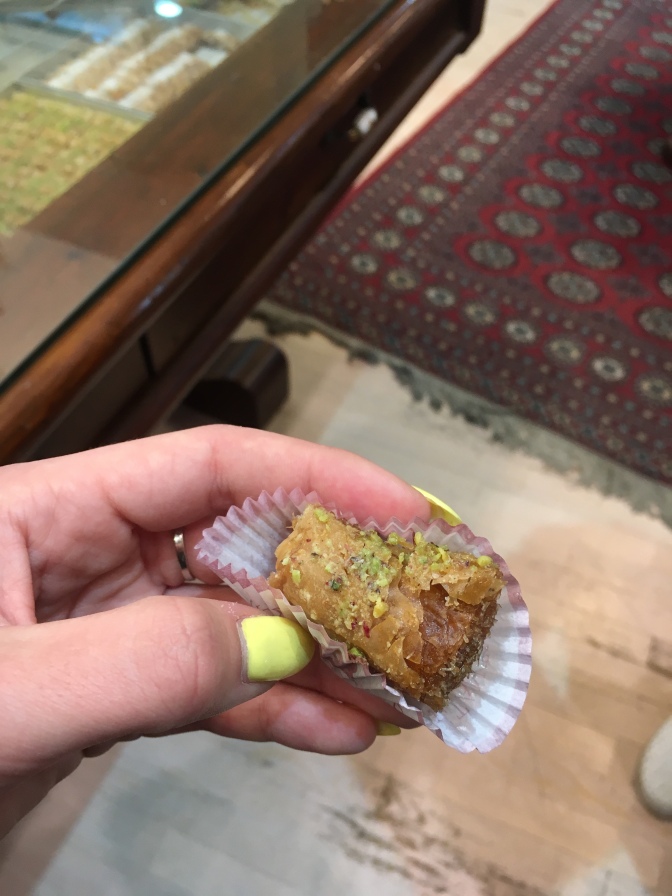 Anyway, later in the evening we went back to school for a closing ceremony joint with a mukbang/carnival, but since I haven’t got any photos from there, enjoy these night sceneries from the city centre I took on the way back home! 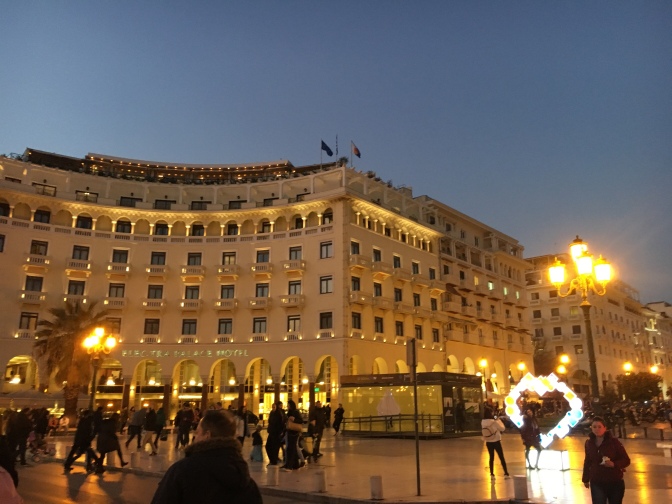 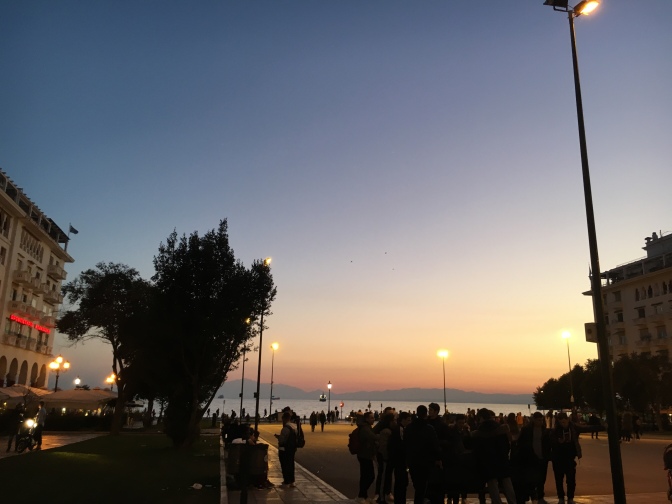 Well that was it for today, I’m sorry it took me so long to write that but I haven’t had a second of spare time. I’m gonna keep you up-to-date tomorrow as well, have a great day!