It went too fast! I feel like I’ve just landed in Greece and now I’m supposed to leave….such a cliché, but so true!

However, I decided not to spend my last day just waiting for the boarding time on airport, but to make the most out of it. We toured around the entire city centre (why didn’t we get to do it sooner?!), especially around the Aristotelous Square, where we visited the Turkish market, which was…well, busy and not organised are the most likely words for that chaos that took place there. So many smells, products and people! Since I’m planning on creating a Thessaloniki guide, I’m not gonna describe all the elaborate details, I’m just gonna show you the photos, okay? Anyway, later we were headed to the shore where we took some last pictures, and then via some amazing streets got back to the hotel where the taxi was supposed to be waiting for us. The streets were….well, have you ever been to Amsterdam on early Saturday morning? This was ten times worse because of the celebration of Tsiknopempti which occured the night before! You can see some decor that hasn’t been thrown away yet also in some pictures. 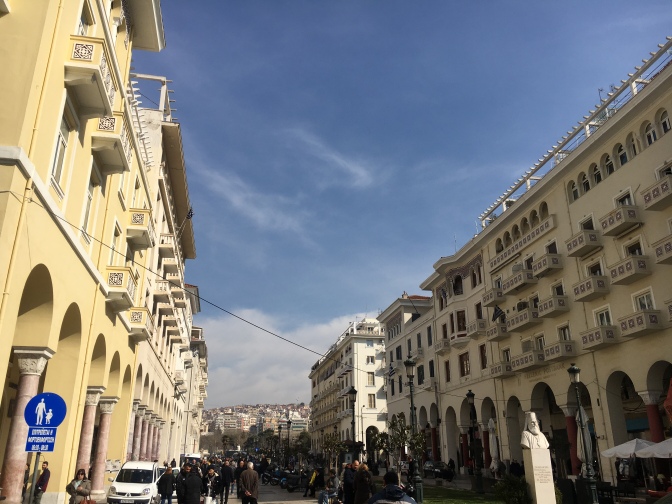 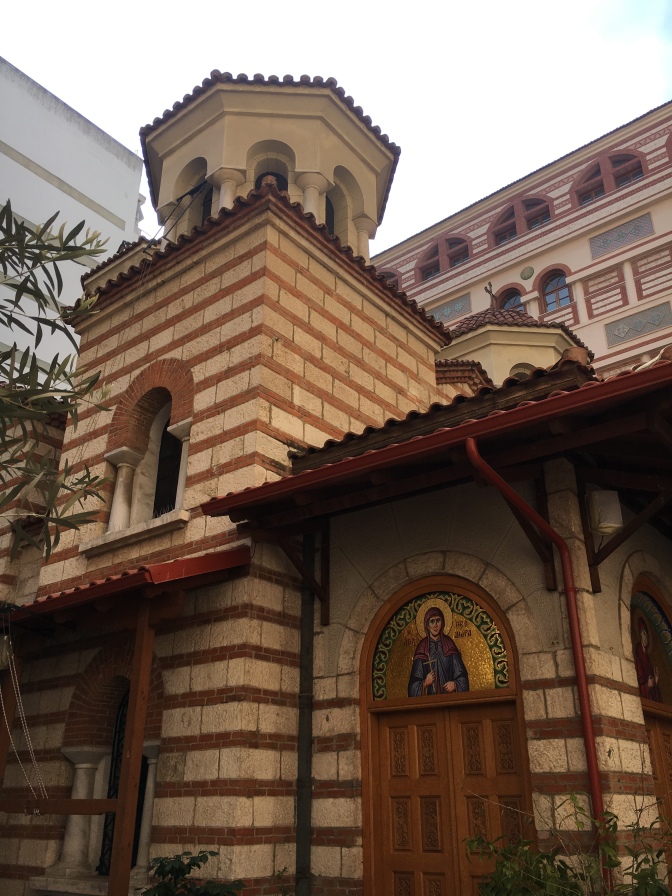 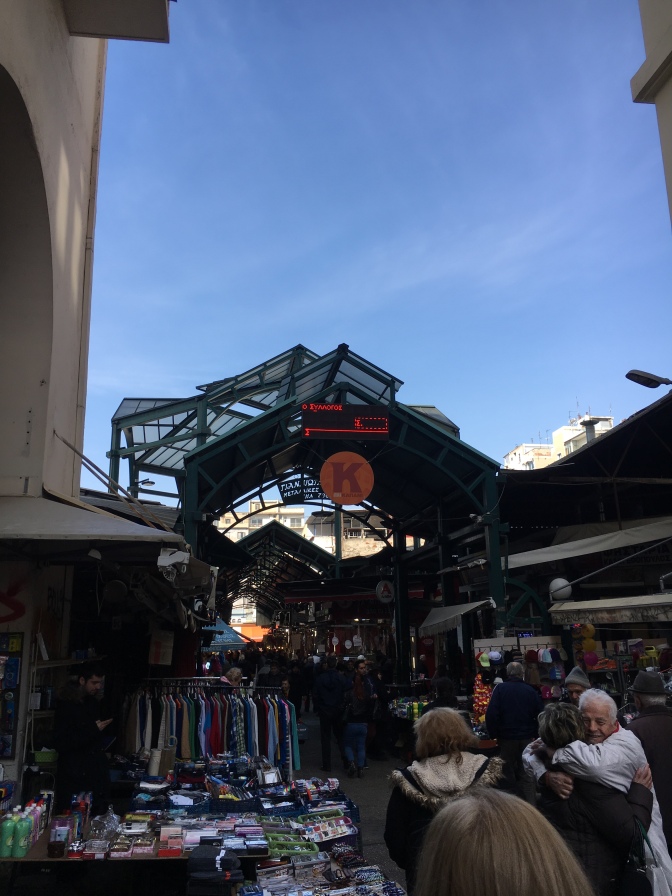 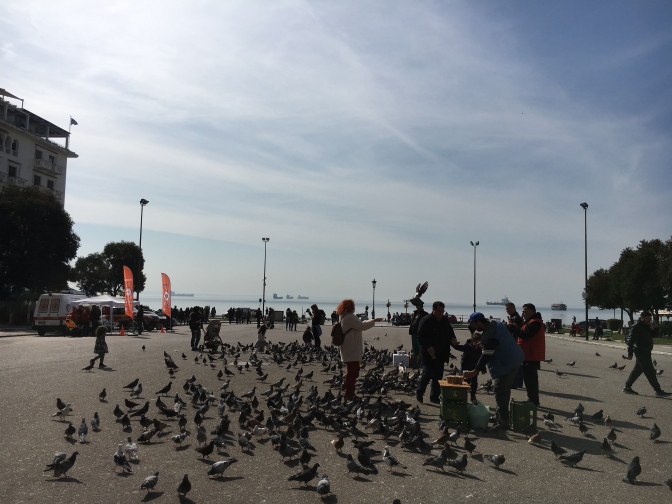 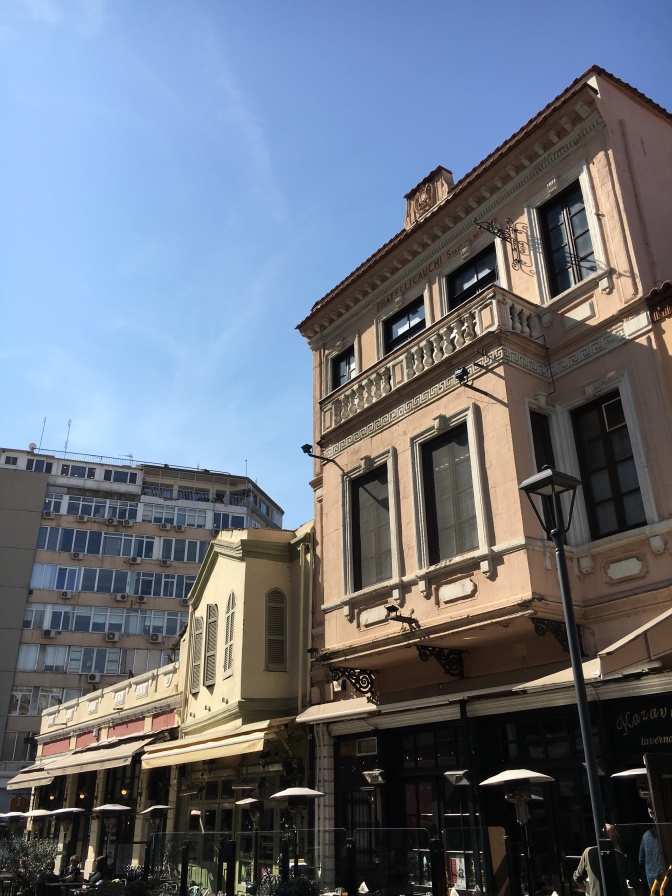 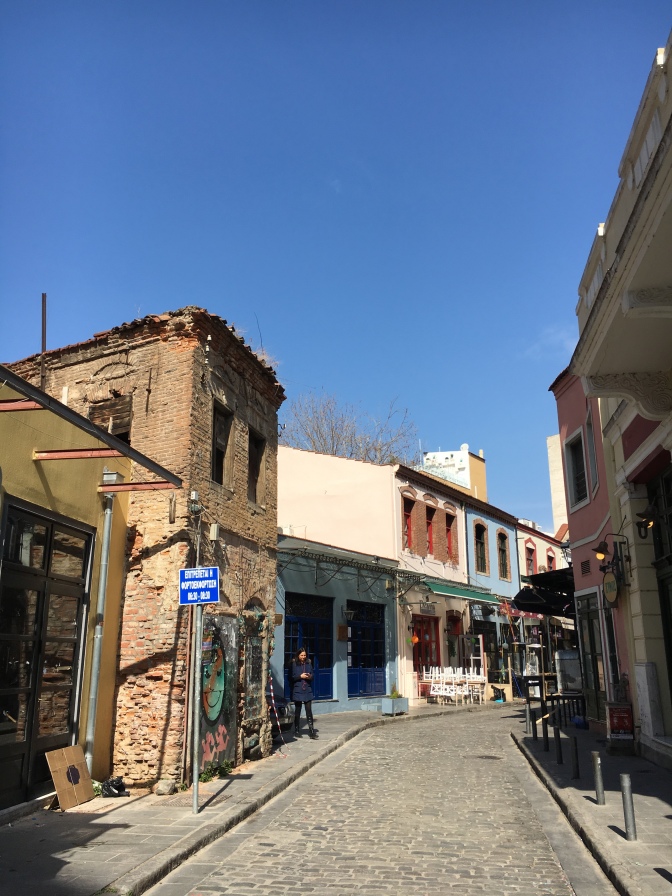 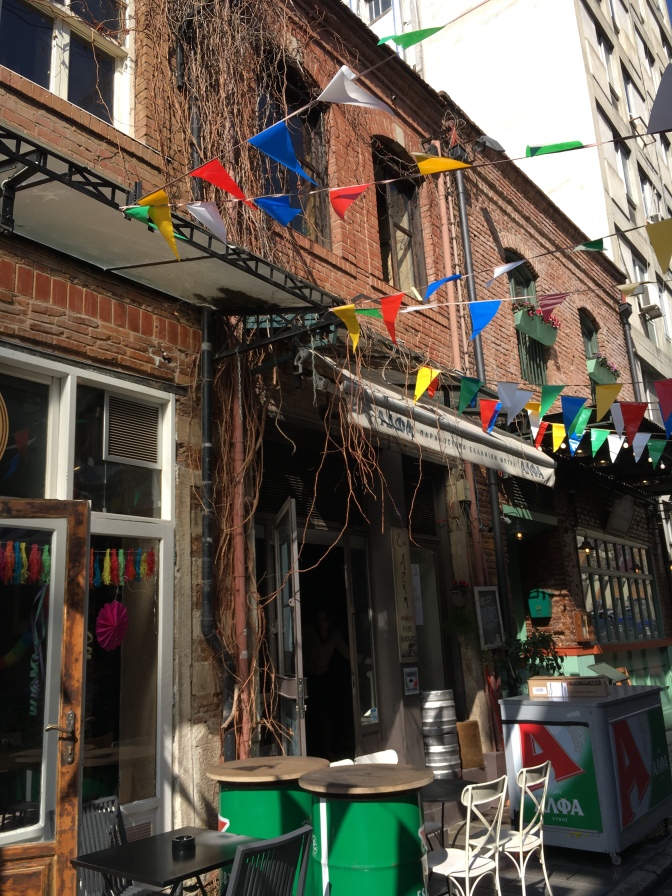 Around midday we were headed to the airport, where we spent about two hours. I realised I forgot to buy the traditional mint liquor, Ouzo, so I corrected my mistake here and bought a tiny bottle in the duty-free zone. As for the airport, when you’re landing here, you’re welcomed just by a ripe old hall which seems like it’s been built in last century and hasn’t been renovated ever since, but when you’re departing from here, it’s actually a really nice and tranquil airport. Probably like a quarter of Vienna I’d say. But anyway, really good! 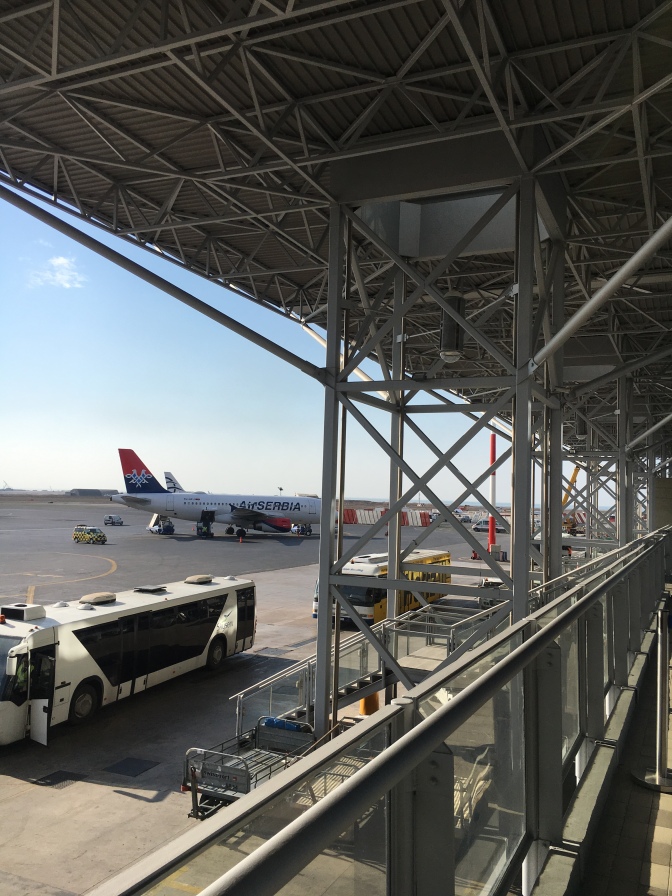 (have been circling over Vienna for more than an hour due to the dense traffic, you can see my happy face up there)

When we landed in Vienna, we took the first bus heading to Bratislava and since we had about 6 hours left until our night train would leave, we went “sightseeing”. Me and my friend ended up in a gigantic bookshop, where I got some materials for one language I’ve been dying to learn for years. Which one? I’ll tell you in the next article, and I’m planning to inform you about my progress along the way since it means so much to me! Anyway, here are also some photos from the nocturnal Bratislava, enjoy! 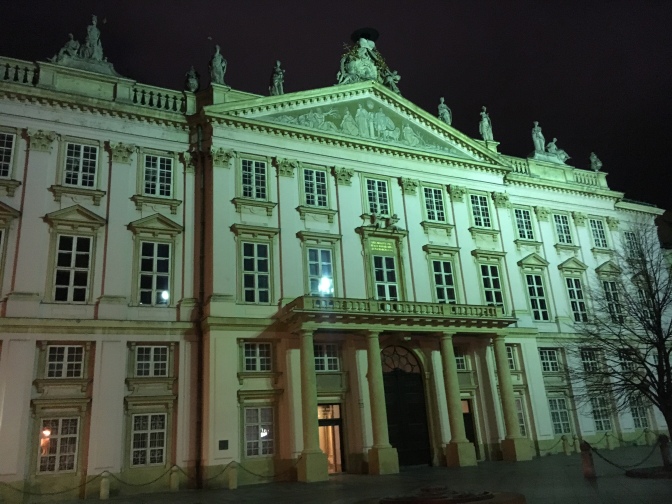 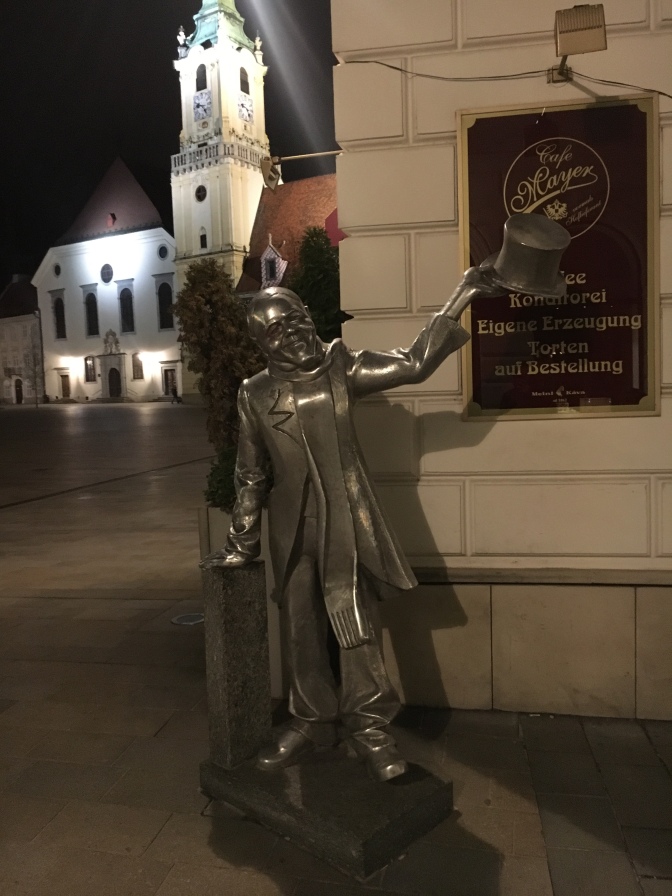 And as the midnight (thus also our departure) was approaching, we slowly approached the main train station, which is, honestly, absolutely disgusting, it’s the biggest shame of Slovakia. They should have done something with it already years ago, it’s absolutely inappropriate to have something like this representing the country! Nevermind, something’s about to change I’ve heard, hopefully the things will move fast!

In the train, I fell asleep like a baby (am I the only one being able to sleep everywhere?) and in the morning woke up in the pithole I live in. Nevermind, just one month to go until another trip, another exchange afterwards and especially, my premiere as the Amsterdam guide, I’m so excited about it!

Have an amazing day everyone, I’ll keep you updated!

2 thoughts on “Last day in Thessaloniki”